Pangolin.Africa is a non-profit organisation dedicated to the conservation of the most highly trafficked wildlife species on the continent – the African Pangolin.

Through our three-pronged approach of Publicity, Participation and Protection, we are working with partners in the tourism, conservation and corporate fields to increase general awareness of the species; contribute towards much-needed research; and help combat the illegal wildlife trade that is threatening the survival of this species.

A firestorm of poaching and illegal trade is raging around the African pangolin. Conservationists estimate that one pangolin is poached from the wild every five minutes due to the huge demand from the African and Asian traditional medicine markets. These shy, defenceless animals are being pushed to the edge of extinction, yet this curious little creature is one of the most elusive on the planet. Many people have never heard of it, very few have seen it in the wild and it does not survive in captivity.

About the film
We have partnered with award-winning South African filmmakers Bruce Young and Johan Vermeulen to produce a powerful, awareness raising film about the critical situation facing the African pangolin.

From the co-director of Blood Lions, this powerful documentary is the story of two men on a mission to get all four species of African pangolin on camera for the very first time. As they travel the continent to learn more about those caring for and studying pangolins they are captivated by these strange, secretive creatures and document the race to save them from being poached to extinction.

The film will premiere on Endangered Species Day, Friday 17 May, and will be freely available online for worldwide viewing from Saturday 18 May on YouTube.

Our goal is to make Eye of the Pangolin the most widely watched wildlife documentary ever, that will be seen by millions of people around the world via free online platforms, through schools and other educational establishments, at wildlife film festivals, and at screenings supported other conservation organisations everywhere. By making the film open source we can reach the greatest possible number of viewers because we believe that if people come to know the African pangolin they will care enough to somehow help put a stop to the horrific trade.

To ensure the greatest possible impact we are launching an intensive screening campaign for Eye of the Pangolin, taking the film to rural schools in high poaching areas across the continent where poaching may be a livelihood for communities or traditional cultural practice. 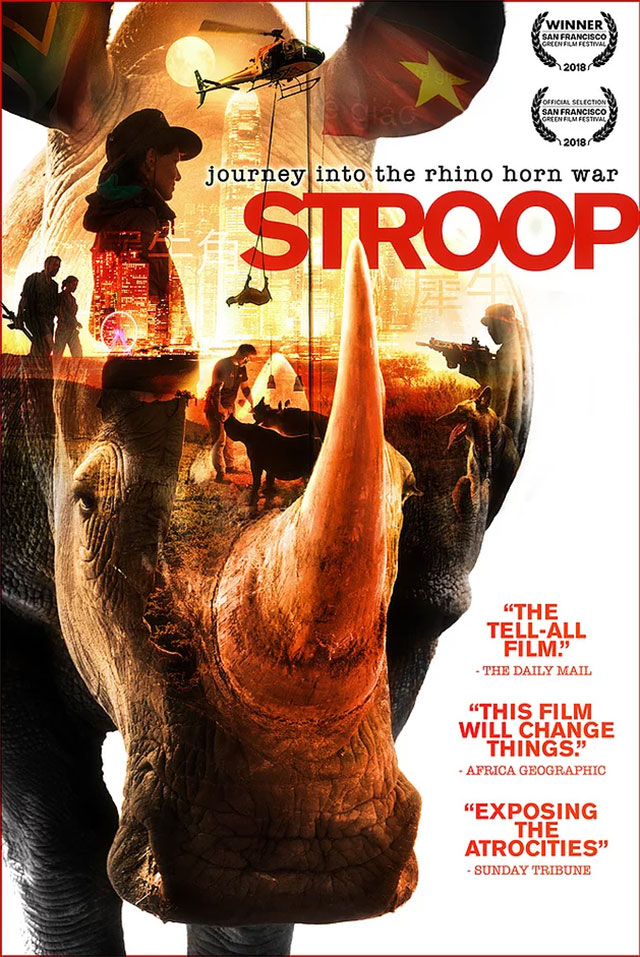 STROOP is a much-anticipated feature documentary on the rhino poaching crisis.

Wildlife television presenter, Bonné de Bod and filmmaker, Susan Scott have sold their homes, left their jobs, moved in with their mothers (!) and have given up three years of their lives to make this film. What started out as a six-month documentary film on the crisis has turned into a passion project for the two award-winning filmmakers. In addition to ploughing their own financial resources into the film, the two have received grants and public funding to make the film. The public has been involved in the film from the very beginning and now in edit, this page is where the filmmakers and their team engage directly with the public to show progress on STROOP.

The filmmakers would not be here if it wasn’t for these committed team members of STROOP who have helped us move the project to where it is now: Thapelo Danster, Liryn de Jager, Paul Tully, Rachelle Keeling and Heike Verhoef.
Huge thanks for financial support from: ATKV, BKB, Voermol, Virbac, Regina Mundi Global Advisors, BriDev, I Make A Difference Trust, The Oak Foundation, Walter Hirzebruch, Brian Abrahamson, Magda Cynkutis-Simon and Robert Simon. And, to each and every one of you that has forward purchased a digital download, thank-you! 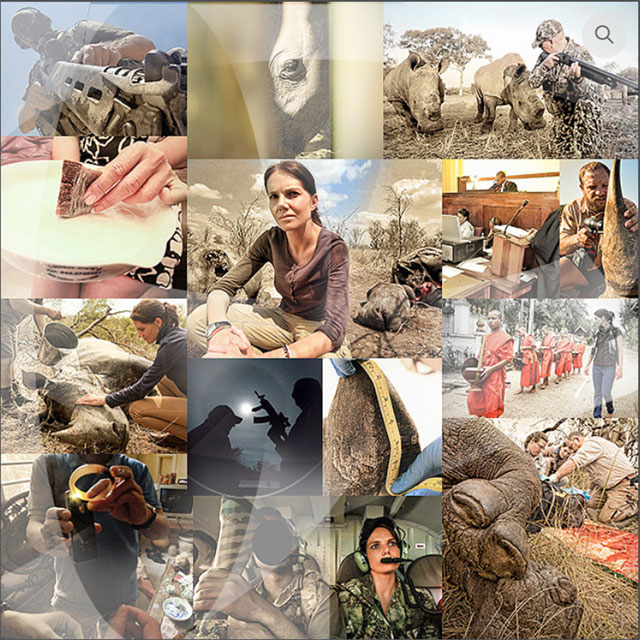 The story blows the lid off claims made by these hunting operators in attempting to justify what they do. Last year alone over 800 captive lions were shot in South Africa, mostly by wealthy international hunters under conditions that are considered anything but sporting.

Ian has been following this story since 1999, and the film shows him going onto these breeding farms to witness the impact that decades of intensive breeding is having on captive lions and other predators.

Aggressive farmers and many others within the professional hunting community resent his questioning, but the highly profitable commercialization of lions is plain to see – cub petting, volunteer recruitment, lion walking, canned hunting, trading and the new lion bone trade are on the increase. And all are being justified under the guise of conservation, research and education.

In parallel the film follows Rick, who purchases a South African lion online from his home in Hawaii. He then travels to South Africa to follow the path paved by many canned hunters.

We also speak to trophy hunters, operators and breeders, as well as recognized lion ecologists, conservationists and animal welfare experts about the predator hunting industry.

The film shows in intimate detail how lucrative it is to breed lions, and how the authorities and most professional hunting and tourism bodies have become complicit in allowing the industries to flourish.

There is also hope in our story as we cover the latest developments with the Australian government announcing a complete ban on the importation of all African lion trophies into Australia.

Blood Lions is a compelling call to action and shows how you can get involved in a global campaign to stop lions being bred for the bullet.